So much of what we fear as human beings — by way of pain, loss, failure and uncertainty — is not innate, but culturally imposed through the propagation of the myth that individual identity is in conflict with or subservient to group identity and/or some kind of supernatural power. This fear can be eased through recognition of our natural companionship as unique beings in varied receptive-responsive relationship with one another, other life forms and our environmental surroundings. The following essay was written some years ago and published at www.bestthinking.com. I feel it may be helpful to republish it here now.

Nowhere is an island, entire of it self

Close your eyes and try to imagine yourself entirely alone. What do you feel? Exultation, grief, peace, anxiety, freedom, exposure, security, confinement, hope, despair, ecstasy, agony, excitement, boredom, warmth, coldness, anything else, nothing at all — or do you feel a combination of some or all of these? Can you imagine that life would be possible or sustainable in this situation, and if so, how?

Now, imagine that you have company, but that this is in every respect identical to yourself, like an army of model soldiers, each placed an equal distance apart from every other in an absolute, endless, uniform, ordered array. What do you now feel? How long could this situation be sustained, given that the movement out of position of any one soldier will change the outlook of each and all soldiers, especially his/her/its nearest neighbours? What would be needed to sustain this uniformity?

Now imagine that you have company, but that this company is variable, both human and non-human, and is capable of movement, even though it may have at least some features in common with yourself. This shouldn’t be too difficult to imagine, because it coincides with your everyday experience. But how do you feel about your neighbours and neighbourhood, and how do you relate to them?

Which is truer to Nature and human nature: individualistic competition or collectivistic co-operation? That is the central question underlying the opposition between two alternative views of evolution and psychology that persist to this day. At its heart is the assumed independence of individual or group as a singular entity complete in itself. The inherent paradox and potential for enmity and extremism embedded in this assumption is evident in two commonly expressed attitudes: ‘either you’re with me or against me’, the individual opines to others not defined as ‘self’; ‘either you’re with us or against us’, the group opines to outsiders not included in its membership. No other possibility is considered acceptable. Borders between ‘in’ or ‘out’, ‘pro’ and ‘con’ are absolute, and defended with utter intransigence.

There is, however, an obvious, more balanced and dynamic intermediary possibility, which makes sound natural sense and that many of us probably accept implicitly as the reality of our daily lives. We are both individually unique and depend on relationships with others to sustain ourselves. In fact it is because of our differences, and our associated complementary strengths and weaknesses, not in spite of them, that our need for relationship exists. Were we actually all identical, independent whole units, complete in ourselves, we could all lead entirely separate existences without any kind of interference or coherence whatsoever. But we aren’t and we can’t. Instead we are living, breathing, feeding, excreting, transient creatures who have no choice but to live in communities with others, both human and non-human. We are neither all alone, as free agents, nor all parts of one and the same seamless entity. We are distinct, but not isolated from one another. We can only live in one another’s company, and the kind of company we keep hugely influences our quality of life. How could we possibly think otherwise?

The fact that we can and do often think otherwise is due to a peculiar kind of abstract logic, made prominent by Aristotle, which dislocates material entities from the space that they naturally include and are included within and sets them in opposition to each other. As C.S. Lewis put it:-

“The Whole Philosophy of Hell…rests on a recognition of the axiom that one thing is not another thing, and, specifically, that one self is not another self. My good is my good and your good is yours…’To be’ means to be in competition”. (C.S. Lewis “The Screwtape Letters”)

This logic has been embedded in the foundations of rationalistic philosophy, conventional mathematics, objectivistic science, definitive language, elitist education, orthodox religion, adversarial politics and hierarchical governance — in short just about every aspect of modern human life and endeavour. But the premise upon which it is itself founded — that material presence can be isolated from and by the immaterial presence of space — is not consistent with our actual experience of life on planet Earth. It cannot make consistent sense because matter devoid of space would have no size or shape, and space free from matter would be formless void. In reality, space and matter are mutually inclusive, not mutually exclusive, and for that to be possible what gives rise to material form must be in continuous flux. There is no such thing as an instantaneously extant whole object, entire of itself. There can only be dynamic localities of space in space — dynamically lined holes, of which we ourselves are examples.

By forcing us to conclude, falsely, that things are either isolated from one another by space as definitively bounded whole objects, or that they are parts of one and the same whole object, this logic prevents us from understanding and behaving in accordance with our natural companionship as dynamic inhabitants/localities of/within each other’s spatial and temporal neighbourhood. Our innate human kindness towards neighbours becomes regarded as a sentimental aberration from the inherent harshness of ‘the real world’. We become prone to resent and seek to eliminate our individual variability and need for each other’s company in a vain and profoundly costly attempt to conform to idealized norms of self- and group-autonomy. Nowhere is this vain quest more evident than in Darwin’s depiction of ‘natural selection’ as ‘the preservation of favoured races in the struggle for life’ — a process that in the manner of an ‘X-Factor’ competition can only culminate in sterile monopoly, the very antithesis of evolutionary diversification and companionship in which it takes all kinds to make a lively and co-creative world.

What is ultimately envisaged by this logic, and the Darwinian notion of selection that arises from it, is an incoherent universe of virgin territory (void) populated instantaneously by a random set of pre-existing independent occurrences perceived numerically and geometrically as atomistic whole objects, i.e. dimensionless ‘point masses’, devoid of space. For this original and ultimate ‘chaos’ to be called into motion and coherent order requires the intervention of external ‘Force’, which imposes the ‘Laws of Nature’ that, Sherlock Holmes-like, determine what is and is not permissible and eliminate the latter. Notice here the tautological conundrum that what is being eliminated is what is impossible in the first place! This gives rise to the ‘Just So’ stories of Darwinan Selection Theory, which explain away all the attributes of living creatures as the product of competitive adaptation to a pre-existing set of environmental specifications (a so-called ‘niche’ or ‘box of limited space’). Tales of selfish genes as randomly generated tyrannical units of selection, monkeys randomly generating the works of Shakespeare on a typewriter given infinite time, blind watchmakers assembling bits and pieces into coherent order and the like are works of objectivistic science fiction, founded in fallacy. An insult to our natural intelligence, couched in digital machine code of one or none. It is these damaging impossibilities that really need to be eliminated from our understanding of human and natural evolution, not the rich variety of possibilities that arise through natural companionship.

So how, then, can an appreciative understanding and awareness of natural companionship help to transform the way we have become prone to think about the evolution of natural diversity and our human place in it? How can we live co-creatively, sustainably and compassionately without feeling forced to compete or co-operate with or against one another? How can we recognise the enormous variety of life-sustaining relationships that can develop between different neighbouring identities besides unity or division? These relationships arise fundamentally from the co-creativity of space and energy as mutually inclusive presences. They can manifest in expressions of passion, compassion, aggression and gentleness as vital ingredients of self-identities that need to receive and protect life as a gift of natural energy flow, and pass this gift on to others in due course as age and circumstances change.

Essentially I think this understanding becomes possible as soon as we STOP thinking of ourselves and others as autonomous, free-willed performing objects subjected to external administration and judgement, and START thinking of ourselves and others as dynamic inhabitants and expressions of our natural neighbourhood, living within each other’s mutual influence. We may then understand evolution as a cumulative, fluid process of mutual transformation within each other’s company, not a selective sorting mechanism that judges goodness of fit to a preconceived ideal.

In other words, we need to move on from viewing evolution in terms of abstract selection by an extrinsic arbiter, to understanding evolution as an intrinsic process of natural inclusion, i.e. the fluid-dynamic, co-creative transformation of all through all in receptive spatial neighbourhood. Underlying this move is a simple but fundamental shift in the way we perceive all natural, tangible phenomena, including ourselves, as local expressions of a mutually inclusive relationship between energy and space as distinctive informative and receptive presences. Once we make that move and embrace it in our minds, hearts and guts, the restrictive way of life that has been blighting our humanity for millennia radically transforms into one that makes a lot more natural sense.

For further explorations of natural inclusion, please view my other Medium essays, visit my personal website at http://www.spanglefish.com/exploringnaturalinclusion and/or view this recorded conversation:-https://www.youtube.com/watch?v=IKBlGtzEJoo

There’s a subtle but radical
Difference
Between natural rivalry
In diverse community
As a challenge
To care for the needs of self and loved ones
As best one can in the circumstances
And abstract competition
As a mind game of human monopoly
Played to win
In closed arenas
At others’ expense
.
Rivalry is a source
(Not a force)
Of evolutionary attuning –
Sustainability and innovation
Learning to find and create
One’s own niche
One’s dynamic locality in space
In companionship with others
Contributing each in their own way
To life’s continuity
.
Competition is a dead end
In which all that’s been gained
In cancerous growth
Gets lost
At terrible cost
In fallen empires of one without neighbourhood
Buried beneath sands of deserted time
.. 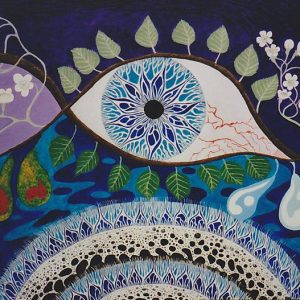 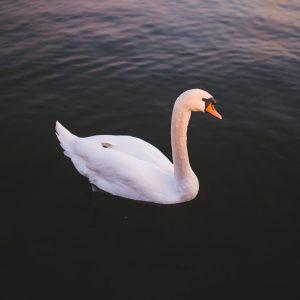 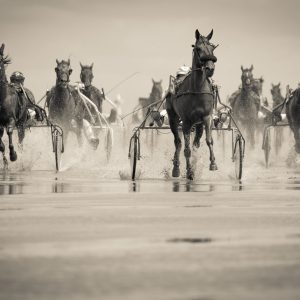 To differentiate is not to define! They put the cart before the horse So that the poor thing got stuck in a rut Those argumentative