An Education in Natural Inclusion

For much of my working life I was a teacher and researcher in biology at the University of Bath. As is the way in Academia, it was my research that counted when it came to promotion, but for me personally it was the teaching that had always been my primary motivation. I simply wanted to share the enthusiasm for the natural world that had grown within me during my childhood and student days.

My educational intention had therefore always been to help students to acquire scientific knowledge and understanding in a memorable, pleasurable, discerning and imaginatively open-minded way. To this end, I felt that competitively pressurized acquisition of technical knowledge alone, i.e. without a deep appreciation of its meaning, origins, interrelatedness and implications for the way we live, is an insufficiently inspiring objective. It is bound to limit possibilities for innovation, synergy, versatility and wise practice in the long run. I had therefore sought to inspire delight in the diversity of the natural world and a common-spirited, questioning approach to understanding and learning from (not just about) it, which takes nothing for granted.

Two questions guided both my teaching and my research regarding any scientific proposition: is this consistent with sensory experience (i.e. ‘evidence’) and does it make consistent sense? I invited students to ask these questions themselves as a way of exploring the foundations of current scientific theory and methodology.

Those questions reflect my concern that strongly hierarchical and commercially motivated education systems may not adequately help students become aware of the influence and underlying assumptions of scientific knowledge and praxis in a social and environmental context. This concern came to a head around the years of 1999 and 2000. Not only did I go through a personal crisis of confidence in my ability, but I was aware of what I felt to be a deepening environmental, social and psychological crisis in modern culture, which I partly associated with unrealistic, restrictive and mistrustful perceptions of science and technology.

I wanted to awaken possibilities in students for more realistic, imaginative and empathic forms of scientific understanding and enquiry. I worked towards this by explicitly including philosophical and aesthetic considerations within basic courses on fungal and plant diversity, plant symbiosis and pathology and biological ethics. But I also took the opportunity to innovate more radically by developing a trans-disciplinary final year course entitled ‘Life, Environment and People’ (‘LEP’).

I presented LEP from 2001–2011. I included mathematical, artistic, social, psychological, cosmological, educational and technological as well as specifically biological and ecological topics. It was available to students studying for Biology, Natural Sciences, Psychology and Management degrees. Between 60–80 students typically attended each year.

I have never felt more strongly committed to my work as an educator than I did during this course. It epitomised all that a feel a true University education, indeed any education, should strive for by way of a ‘leading out into wider awareness in preparation for life yet to come’. I hoped it might provide a model for a new educational approach of the kind so desperately needed in what has come to be known as a volatile, unpredictable, complex and ambiguous (VUCA) world. I still do, all the more so now in 2020 when so much of what my troubled mind foresaw at the turn of the millennium is coming to pass. And that is why I am publishing this brief account now.

I cannot say that presenting this course was easy for me. It wasn’t. It was one of the hardest, most harrowing endeavours of my working life. I presented it in the teeth of profound criticism if not outright antipathy from colleagues and external examiners, and in retrospect I feel it was a small miracle that I kept it going for so long until the strain became too much. Had it not been for the support of the students themselves and some colleagues in other Departments, it would have been curtailed within the first three years.

So, what was so challenging about it?

1. The explicit intention to learn from life science about our human relationships with our natural neighbourhood in ways that enhance quality of life.

2. Participatory and improvisational enquiry. Through a questioning and conversational approach, I encouraged students to express their personal views and knowledge for others to consider and learn from. I expressed my own emerging understandings of ‘natural inclusion’ (to my mind a fundamental evolutionary principle of Nature arising from the mutual inclusion of void spatial stillness and energetic flux in receptive-responsive relationship in all tangible phenomena). Nonetheless, I strictly regarded my role only as experienced guide to the terrain, not expert instructor. I worked to a guideline ‘agenda’, but allowed the conversation to evolve its own course within this.

3. Willingness to question and invite questioning of all kinds of assumptions and beliefs to assess their validity and open up possibilities for new ways of thinking and working.

4. Encouragement of diverse modes of enquiry and communication, including artistic and poetic expression to complement conventional analytical methodology and language. As well as formal essays, students were encouraged to produce one piece of informal or ‘artistic’ coursework. Every year this was a source of great excitement, co-creativity and pleasure, with students displaying a wide array of ‘hidden’ talents that they put considerable effort into bringing out into the open. See:

Given this varied and personally involving approach, I needed to devise suitably flexible but fair and consistent assessment criteria. I found the following were effective:

Reflective Quality:- does the work accurately and thoughtfully reflect themes emerging during the course? Are the scientific ideas that are conveyed and/or challenged fairly represented, in a way that demonstrates sound discernment/ understanding/scholarship in your own learning?

Creativity:- does the work display imaginative thought and (where applicable) practical resourcefulness in relation to the theme/subject matter addressed?

Communicative Quality:- does the work communicate a clear message and/or evoke imagination and thought?

Quality of Execution:- is there evidence of skilful work?

Endeavour:- is there evidence of care and effort?

Students were generally very enthusiastic. Once they got used to the freedom to think creatively and express their own knowledge and understanding — and feel valued for so doing — their enjoyment of co-inquiring with one another became palpable. One typical but especially comprehensive student comment was as follows:

“The advantages of this module to the students who attended it are beyond describing for those who did not and have not attended it. In fact, it is exactly what I expected, but never received, from a University education until this module. It challenges the way you think, begs that you broaden your horizons, opens your eyes to new ways of viewing the world and of being more in tune with what is happening in the world today while offering the best possible experience of a lecturer-led class I have ever had. This is complemented by a fantastic lecturer who had more impact on my time at University than all my other lecturers combined and the stimulation to young minds of such a sort is something only to be encouraged. This module challenges and does away with all of the staid and repetitive approaches to learning and teaching which I and the majority of my friends have found to be commonplace (and most disappointing) … instead taking a fresh and wholly worthwhile approach which not only engages the student in the idea but, lo and behold, actually attempts to involve us and value what we think and say rather than encouraging us to hold no opinion other than that which can be “backed up” by those who have come before, thus generating an unhealthy attitude towards learning by promulgating the advance of only that which is already thought. Such an approach kills fresh ideas, dulls our intellect (not sharpens!) and devalues what we, as young students, have to offer as well as devaluing us in ourselves. This module should not be underestimated in its ability to create positive diversity of thought, of views and opinions and it was, to my mind, attended by the type of students that Bath University should be trying to cultivate and promote: conscientious, responsible, outside-the-box thinkers, debaters, fresh and brilliant new minds with a deep social and human conscience. I believe those who attended this course will be the leaders and thinkers of tomorrow, and will do all the better, and BE all the better as people, for having attended this module. Again, I cannot stress its importance and the impact it had on all those who attended, and the closeness generated among the group of people who did attend….

This unit was the best one I took during what was already a very rigorous and developmental course at Bath. I believe the only thing that could make this unit better would be to either make it compulsory to all lecturers and all 4th year students or to promote it more broadly.”

Since that time, I have in ‘active retirement’ continued to try to develop and communicate my understandings of natural inclusion and its relevance to ‘Life, Environment & People’. Much of my work can be found via http://www.spanglefish.com/exploringnaturalinclusion

Self-Insufficiency and the Evolution of Social Organization

How Did I Become Aware of Natural Inclusion? 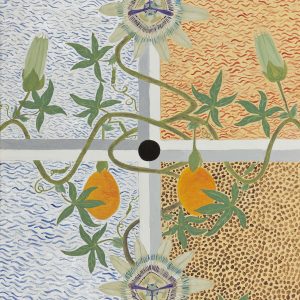