Nature is not selective

She fluidly includes all possibilities

Which should we pay attention to?

(with appreciation of Emily Dickinson and Robert Frost)

Let’s try to get this clear in our minds from now on. Life evolves as a variably constrained flow of energy in variable spatial and energetic context, NOT as the result of a competition to fit into a box of predestination.

This is the insight that comes from an awareness of what I call ‘natural inclusion’: the mutual inclusion of space and energy in receptive-responsive relationship within all material bodies.

The way was opened for this insight by the meticulous observations of Charles Darwin, amongst others, who came to recognise the common ancestry and corresponding evolutionary kinship of all the diverse forms of biological life on Earth. This recognition gave rise to and was supported by the biochemical, genetic and molecular biological revolutions of the twentieth century. It truly is to be celebrated.

The explanation provided for this evolutionary kinship by Darwin and his followers to this day was, however, anchored in a logical premise dating back to ancient times and resulting from a partial view of reality. This view excludes the observer as a ‘spectator’ from what is observed externally as a set of spatially and temporally isolated ‘objects’ within an imaginary box-frame of three-dimensional space. This abstract exclusion of the observer from an imaginary box frame, and associated isolation of material form from spatial surround is deeply embedded in the foundations of objective scientific methodology and conventional mathematics, as may be clear from the following quotes:

“A scientific man ought to have no wishes, no affections — a mere heart of stone”

“The environment is everything that isn’t me”

Darwin himself described his resulting abstract concept of ‘natural selection’ as ‘the preservation of favoured races in the struggle for life’. It is a very clear product of ‘box-logic’ and is neither consistent with our actual sensory experience of reality (which isn’t confined within a box) nor is it capable of making consistent natural sense (it engenders profound paradox). Its effect on the way we understand life, environment and people is dire — a cause of psychological, social and environmental harm and conflict that is all too evident in our recent history and current culture. It truly is NOT something to be celebrated, but rather something we desperately need to get over and recover from.

Awareness of ‘natural inclusion’ arises from a more comprehensive perception of Nature, which combines the view from inside-outwards with the view from outside-inwards over a sufficient interval to perceive and infer the flow of energy both within space and around local centres of space that is essential to the formation of all material bodies. With this awareness, we can recognise that ‘evolution’ and ‘the flow of life’ are synonymous. No imaginary ‘box’ is required for more than map-making purposes.

Rayner ADM (2011) NaturesScope: Unlocking our natural empathy and creativity — an inspiring new way of relating to our natural origins and one another through natural inclusion. Winchester, UK; Washington USA: O Books.

Rayner, A (2017) The Origin of Life Patterns In the Natural Inclusion Of Space in Flux Berlin/Heidelberg: Springer.

Rayner, A (2018). The vitality of the intangible: crossing the threshold from abstract materialism to natural reality. Human Arenas 1 pp 9–20.

Rayner, A (2020) From abstract freeze-frame to natural kinship

Rayner, A (2020) Cold & Warm Geometry: How Rigid and Fluid Structures Affect Our Human Relationships and Sense of Self.

Rayner, A (2020) Beyond Objectification

Evolutionary Playtime (An Alternative Commentary for ‘the Green Planet’)
Life evolves in response
To the call
To come out and play
In the great openness
Where opportunity abounds
For imagination to run riot
Dancing in moonlight and sunbeams
Bathing in freshwater and sea
Tunnelling through earth
Flying in air
Fired up by free spirit
Called soulfully from within
Those dynamic envelopes
That give living form
The chance to thrive
Not merely survive
In myriad expressions
Fed,
Not pressured,
From outside
But variably constrained
Yearning and expanding from inside
Into flowing movement
Like a river that both shapes
And is shaped by landscape
In reciprocal relationship
Creating and following
Paths of least resistance
Between source and outlet
Neither opposing nor subservient
To its neighbourhood
Not in military confrontation
Nor seeking victory
But gathering in, conserving, exploring and redistributing
With ergonomic proficiency
In tune with circumstances
.
An evolutionary lesson
That human abstraction
Has yet to learn
As it surveys the scene
With objective detachment
And jumps to concluding
That life is a battlefield
Projecting its own enmity
On those it views through a camera lens
Then complains bitterly
About its own species’ ignorance
In wrecking its habitat
For the sake of monopoly
Not sharing with care
In the consonance and dissonance
That together co-create
This vibrant world

How Did I Become Aware of Natural Inclusion?

Nature as a Source of Moral Guidance 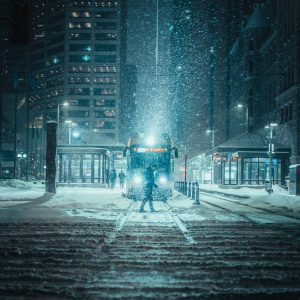 How May I Take This In?

How may I take this in? The silence beyond and before The commotion of locomotion The cacophony of the din That heralds and applauds 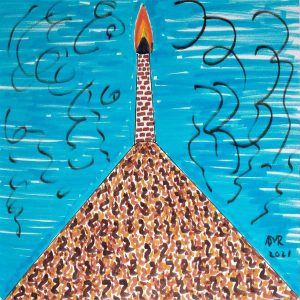